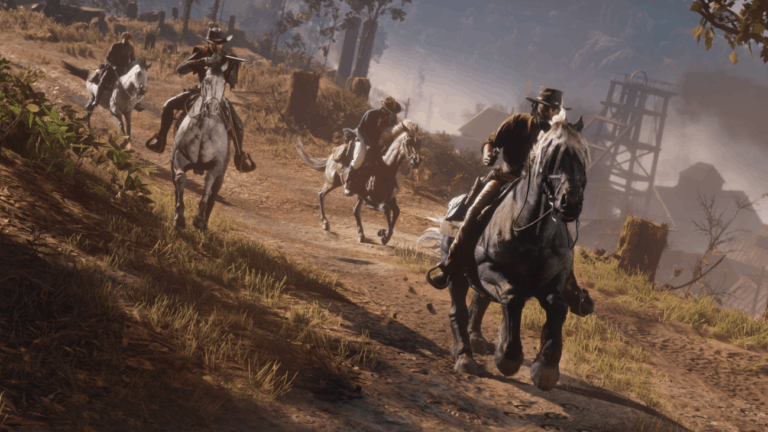 Red Dead Online may not be the unstoppable juggernaut that it’s modern-day cousin GTA Online has grown into, but Rockstar Games is keen to close that gap. While the standalone release boosted population numbers, there is still something of a content scarcity problem in the wild west – a problem the devs are tackling full-on this summer.

First off however, let’s focus on closer horizons: next week, Red Dead Online is receiving a smaller content infusion consisting of 8 new race courses set across the frontier, in some of the most iconic locations from the game. Players will be able to tackle these tracks either in Standard Races, or determine their own route in the brand new Open Races mode which lets you choose how to clear the signal fires.

The new race tracks being added will span the different environments of the map, taking players around Annesburg, through the swamps of Lagras and to the distant Gaptooth Breach outpost. If regular races don’t get your heart pumping, you can try out the new courses in Target Races and Open Target Races too – all of this, on May 25.

Eight new race tracks will stay fresh and minty for only so long, though. Luckily, there is a much bigger content release awaiting us in the summer. If you want to jump into the deep end of the criminal underworld seeking to wring a profit out of the harsh wild west, there just may be a job opening – Angelo Bronte’s lieutenant Guido Martelli has begun building his own criminal empire out of Saint Denis, and will soon require the skilled help of experienced outlaws to keep business up and running.

Get ready to engage in shakedowns, extortion and large scale, complex heists that will require the cooperation of multiple players to pull of. Heists worked wonders for GTA Online, so hey, maybe lightning will strike twice?