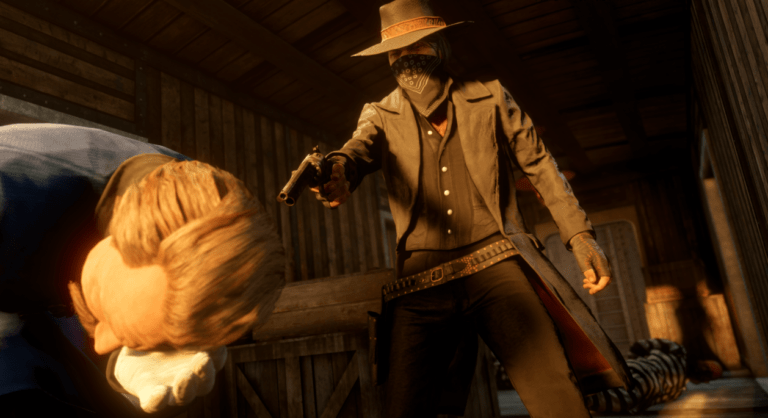 Red Dead Online has unfortunately been characterized a bit too much by the second word in its title for much of its lifespan – at least, that is how many players feel. Fans disappointed by the lack of content have organized an in-game “funeral” event. Meanwhile, Rockstar Games has addressed the issue, but their stance isn’t one that will give players much hope for the future.

After just about an entire year with no new content updates, just a rotating set of discounts and bonuses on existing activities, Red Dead Online has grown stale for all but the most hardcore fans, or any latecomers who are only just now experiencing what is has to offer – but even for them, it’s only a matter of time before the fun runs dry.

Who’s up for it then? A funeral to celebrate one year of Red Dead Online being abandoned?

Dress up in your best funeral attire, get your friends to join, tag us in pics & use the hashtags below!

Save the date: Wednesday July 13th. Are you in?#RedDeadFuneral #SaveRedDeadOnline

The last time Red Dead Online recieved a content update was July 13, 2021, with the release of Blood Money. Fittingly, fans have settled on holding the in-game funeral for Red Dead Online on the 13th of July, 2022, exactly one year after that previous update, marking a full revolution around the sun without new content.

Those joining are encouraged to dress their characters in their best funeral attire, to take part in a parodical send-off for a game that the fans have mostly given up on. Rockstar Games incidentally touched upon the issue of RDO’s content drought just recently as well, but what they had to say is hardly promising.

Citing the increased resource requirements of the development of the next Grand Theft Auto title, Rockstar has stated that it has made “changes” to how they’re handling Red Dead Online. In practice, this means the game is getting a lot less support internally. In their roadmap, the developers state that RDO fans can look forward to… much of the same as what they’ve had this past year.

There do seem to be new Telegram missions coming sometime this summer, but other than that it’s only going to be more rotating weekly events from here on out. Red Dead Online may not be yeeing it’s last haw just yet, but it’s definitely terminal.

It was a nice ride.