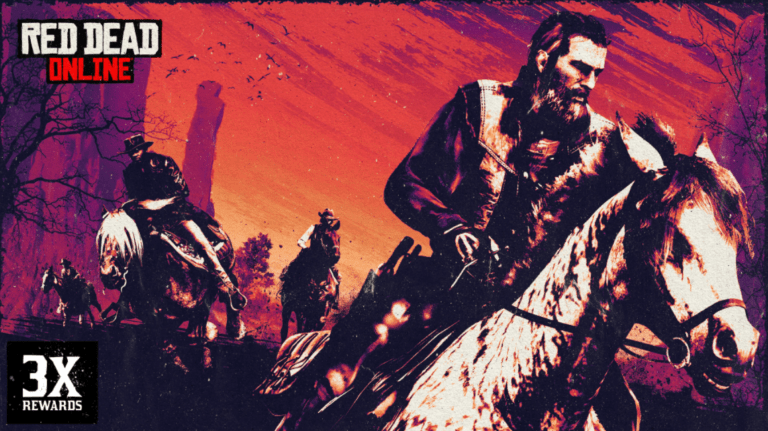 That racing DLC that Rockstar Games announced a while ago is now live in Red Dead Online, bringing the best jockeys of the wild west new challenges to overcome and additional bonuses to take advantage of, giving players extra incentive to try out the fresh content.

8 new tracks have been set up throughout the frontier, in and around some of the most scenic and iconic areas of the game map. All eight new tracks can be played as Point-to-Point, Lap, and Open variants of both classic Races and Target Races, meaning your sharpshooting skills can also come into play if you are itching for some extra challenge.

All races – not just the new ones – will be paying out not double but triple the usual RDO$ and XP, but the bonuses don’t end there. If you complete any of the new races added with this update, you’ll get a one-time Offer that slashes the price of the Improved Bow and 20 arrows in half. Meanwhile placing in the top 3 of any race will get you an Offer for 40% off any Saddle of your choosing, allowing you to trick out your race horse.

Last week’s discounts and limited-time clothing items are still on offer this week – we can’t be sure, but Rockstar’s wording makes it seem like the Fanned Stovepipe Hat, Eberhart Coat, Macbay Jacket, Chambliss Corset, and Danube Outfit might actually be disappearing permanently after the week is over, as opposed to re-appearing occasionally. Saddlebags, Stirrups, Outfits, and the Bow are on a 40% discount, and you can grab a new race horse for the competitions for 30% off. Meanwhile, the Evans Repeater is half price.

These bonuses, discounts and new content come ahead of the soon to be released major summer update, which will infuse Red Dead Online with plenty more content, giving players more involved challenges than a couple of new race tracks.