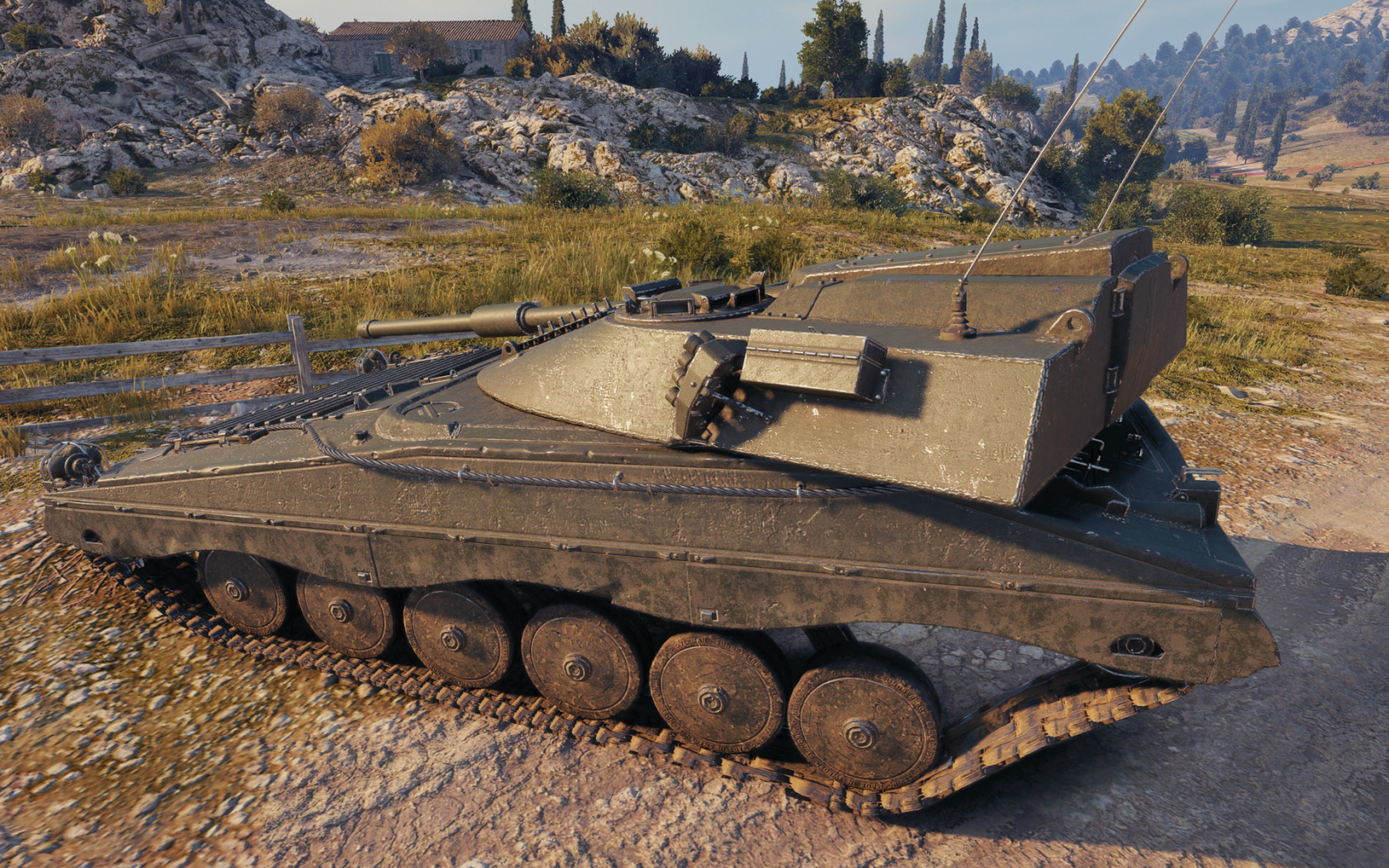 Crew Members of UDES 16:
Member: Commander
Roles: Radio Operator & Commander & Loader
Member: Driver
Roles: Driver
Member: Gunner
Roles: Gunner & Loader
Further development of the UDES 14E2 project was proposed by the Hägglunds company. The vehicle was to have a lowered silhouette and be equipped with a 105 mm autoloader gun. In 1974, the project was merged with the Bofors project, which resulted in the UDES 15/16 project. No prototypes were built.